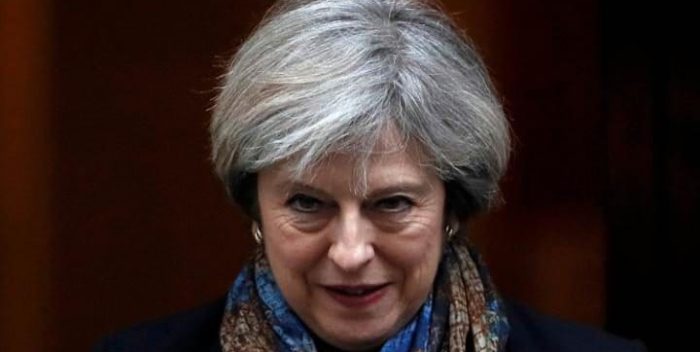 On Friday morning the UK awoke to find that the steady disintegration of Mrs May’s towering 20-point lead over the Labour Party had culminated in a shocking result: she had lost her party’s parliamentary majority. When the election was announced in April, Prime Minister Theresa May expected to see a landslide of astronomic proportions and even flirted with the idea of grabbing Labour strong-holds, effectively reducing the opposition to rubble. In fact, Mrs May and her team presided over one of the most abysmal campaigns in history the result of which has plunged her leadership, her party’s grip on power, the Brexit process, and the country, into turmoil. May framed the election as a vote of confidence in her vision, positioning herself as the only option for stability in the face of a “coalition of chaos” led by the then weakened Labour Party. She expected to win an outright mandate for her hardline Brexit approach and continuing austerity agenda, but instead she didn’t receive a mandate for either and, ironically, produced a political climate which is unquestionably more unstable than before.

Labour stumped pollsters by gaining 30 seats taking its total to 262 seats and claiming 40% of the vote share, which is higher in defeat than Tony Blair’s final 2005 election victory, and the highest vote share since New Labour’s second landslide in 2001. The Conservative Party, on the other hand, lost 13 seats, and with them, its already fragile parliamentary majority. It is still the biggest party in Parliament with 318 seats, which is more than Labour, the Liberal Democrats, Scottish National Party, Green Party, and Plaid Cymru (Welsh Nationalists) combined. Such is the UK system that May is more popular losing her majority in 2017 than Thatcher was in her landslide win of 1987. The only number that matters today though is 326, the number of seats needed to secure a majority in government, and a number that has eluded all parties resulting in what’s called a ‘hung parliament’ whereby no party can govern on its own as there is no election winner.

The changing fortunes of the two main parties’ campaigns have resulted in, as ex Chancellor George Osborne characterised; the Leader of the Opposition doing a victory lap of newsrooms whilst the Prime Minister is hiding behind the doors of Downing Street. Areas that voted Remain in the EU referendum showed some of the biggest swings to Labour, which indicates that May’s posturing on Europe seduced UKIP voters but may have put off Remain voters. The Conservative Party manifesto was also roundly criticised across party lines. On the other side of the House, Labour has seemingly been successful in their objective to secure the youth vote, former abstainers and other first-time voters, and have reaped the rewards of their campaign to get people registered who would then turnout and vote for them. Corbyn and his team made effective use of social media and youth leaders such as London Grime stars to get their message out which bypassed the analogue negative right-wing tabloid press which has dogged much of Cobyn’s leadership. He also conducted electrifying mass rallies and performed well in TV debates and interviews which contrasted with Theresa May who held controlled photo ops in work places and refused to take part in head-to-head debates. In short, Corbyn looked like he was having the time of his life, projecting an image of hope and unity, at the same time as May transformed into someone who looked out of their depth, wooden, and uncompromising.

Looking ahead, the Conservatives will need other parties’ backing to get any new laws passed and over the weekend they have been locked in talks with Northern Ireland’s DUP (Democratic Unionist Party), who won 10 seats. The agreement being sought falls short of a formal coalition like that seen between the Conservatives and the Liberal Democrats in 2010, and instead would be an arrangement known as “confidence and supply” whereby the DUP would lend support in key votes like budgets and no-confidence motions. The price for this support remains to be seen and will likely be announced after talks with DUP leader Arlene Foster on Tuesday. The DUP has garnered a reputation for its strong and controversial views on a range of social issues including its opposition to same-sex marriage and abortion, which is still illegal in Northern Ireland except in specific medical cases. Many have been alarmed about the party’s influence in Westminster and have sought assurances from Conservative leadership for protections of LGBT rights amongst other issues. Further complications with this arrangement relate to the fragile Northern Ireland peace process and questions have been raised about whether this has compromised the UK government’s role of neutral mediator. With regards to Brexit, the DUP have deep concerns about maintaining a “frictionless” border with the Republic of Ireland which could force the government into a deal that would rouse Brexit hardliners in the Conservative backbenches and pose more danger for May. Even with all that, the cold hard transactional approach of the DUP to the alliance will mean that the Conservatives could seem increasingly weak due to the concessions they have to grant their allies at the expense of English constituencies.

The alliance would arm Theresa May with a combined majority of three MPs and even after all the hard work negotiating a pact has been done, these numbers only matter if all MPs toe the party line in every vote, which is highly unlikely. A weakened and friendless Theresa May will find it hard to count on MPs whose majorities total a few hundred to vote through unpopular cost-cutting measures. Then there is the issue of Brexit, which cuts across party lines and loyalties and where it is known that a considerable number of her own MPs disagree with her vision. The Scottish Conservative Party’s success north of the border has strengthened their hand in blocking a hard Brexit and many Conservative MPs have been emboldened to say that an immigration focused UKIP-style Brexit is now off the cards. Furthermore, Corbyn has not relented and has declared the Labour Party is ready to form a minority government as soon as the current one falters. Labour are also working on building cross-party majorities on key issues and have stated that they will be building an alliance to vote down the Queen’s Speech, the government’s first big test, where the Queen opens Parliament by outlining the government’s legislative programme before a vote on it.

This is all assuming May makes it to the end of the week as leader. George Osborne has been gleefully predicting her head will roll within a couple of days, other Conservative figures have suggested we will see a leadership contest by the summer, and it is rumoured, rather unsurprisingly, that Foreign Secretary Boris Johnson is already in a leadership campaign cycle. Over the weekend Theresa May’s two closest advisors were sacrificed to stave off those baying for blood, however this was a superficial measure and it is quietly assumed that the question surrounding May’s removal is when, not if.