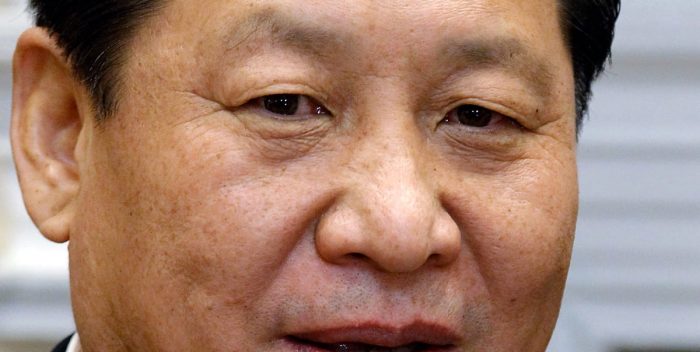 China is a country with a vast and often turbulent history. Intimately entwined with this is the development of Chinese culture and philosophy. President Xi Jinping’s extension of his term limit in March 2018 and rewriting of the constitution can be seen as one such piece of history, and represents a further development of the relationship between China’s 20th century political philosophy and a more ancient tradition. Mr Xi has removed the two term limit on his office and written himself by name into the constitution. Xi seems set now for more monist authority, where previously the president had been seen as first among equals in the politburo. This is a move not seen since the days of Mao Zedong, and indeed, there are many parallels to the Chairman, as we shall see. Airbrushed portraits of Xi and Mao hang side by side in souvenir shops, and new repressive laws have come into effect. However, unlike his predecessor, Xi has a stated commitment to traditional Chinese values and has, in numerous speeches and publications, asserted them to be the “soul of the nation.” This can all be seen as an attempt to redefine China’s state ideology, or more accurately her ontological security. It is a redefinition involving a fascinating mix of the ideas of ancient and modern, of Maoist and pre-Maoist, which may well form the core of a new China.

Ontological security is a theory which has its roots in psychology and sociology but has been introduced into the field of politics. Scholars have argued that, like individuals, states are “rational egoists” who need to maintain consistent self-concepts in order to survive. This means, in essence, a sense of “self” in relation to the rest of the world. When circumstances disrupt this security, the state undergoes routines to re-establish it. We can see a good case study in China’s sometime ally, Russia. Under Putin, Russia has created an identity mixing the imagery of distinct periods in its history. The country uses the old Imperial flag, the coat of arms of mediaeval Muscovy, and the Soviet national anthem with modern lyrics. Putin has also gained the support of the Orthodox Church, an institution deeply ingrained in Russian history and cultural identity. This mutually beneficial relationship allows for Putin to consolidate soft power. All this is an attempt to create a unified identity after the collapse of the USSR. In China, the situation is not so much that of applying “psychotherapy” to re-establish a totally new identity in the face of a very distinct break with the past, but rather a way for Xi and the Chinese Communist Party (CCP) to remain in control in the face of new developments and challenges. Xi’s “Chinese Dream” is of a strong, renewed country with international prestige. At home therefore, a national narrative has to be formed. By simultaneously elevating traditional culture and cracking down on dissent, the Xi and Party can hold the reins of both soft and hard power, and therefore be able to develop a Chinese national identity on their own terms.

Three thousand years of Chinese history entails a lot of twists and turns in self-conception. While such a history is far too complex to cover here, it’s necessary to sketch out the main aspects. Two of the most influential native traditions of governance are Confucianism and Legalism. Over the course of Imperial rule they were co-opted in varying degrees to form the theoretical bedrock of the Chinese state. Confucianism is focused primarily on obtaining social harmony through rituals and deferential interaction, while Legalism is what could be described as “Machiavellian,” emphasising the practical means by which a state should efficiently function. What emerged was a centralised authority steeped in tradition and hierarchy. However, with the decline of the Qing Dynasty (1644-1911) in the face of western colonialism, rebellions and ineffectual attempts at modernisation, this idea came under attack. The May Fourth Movement of 1919 was an intellectual campaign against old Chinese culture which embraced Western values of democracy, liberalism, socialism, etc. This marked a distinct break with the continuity of the past. Although the Nationalist dictator Chiang Kai-Shek attempted to revive tradition with the so-called “New Life Movement”, the Second Sino-Japanese War (1937-45) and eventual Communist takeover in 1949 put paid to this. Under the victorious CCP, the Chinese raison d’etre was now as part of revolutionary socialism, a sentiment which culminated in the iconoclastic fury of the Cultural Revolution (1966-76), an attempt to purge all remaining capitalist and traditional elements from society. The upheaval saw thousands of cultural artefacts destroyed, and millions persecuted.

In the following decades, China sought to recover. New economic policies under Deng Xiaoping opened markets and allowed for individuals to get rich. Demand for western goods and lifestyle soared. Now, in the 21st century, religion seems to have made a comeback. In 2005, a third of Chinese identified as religious and traditional values and symbols are openly portrayed as part of the nation’s cultural heritage. This may be due to a simple search for higher meaning by the average Chinese, following the old adage that “money can’t buy happiness,” but what is interesting is the relationship of the CCP to all this. The party remains atheistic, and committed to “Socialism with Chinese Characteristics,” an avowedly Marxist-Leninist ideology. If we look at the official narrative, we can see that it is trying to steer a middle way between these two apparently contradictory ideas. In September 2017, the concept of “Xi Jinping Thought” was written into the constitution, a nod to the “Mao Zedong Thought” of the Communist Party’s guiding light. Xi has also released a book, The Governance of China, which sets out his vision for China’s future in a series of speeches, sayings and correspondence. A cynic may say such a book is designed to be a symbol or media phenomenon rather than a text to be critically studied, rather like Mao’s Little Red Book. Interestingly, this book makes references to many classical maxims, but none from Marx or Mao. A February 2017 issue of the People’s Daily tells readers “the spiritual jiǔ dǐng has continued to be inherited and has become the bloodline and gene of the Chinese nation.” This references the Nine Cauldrons (九鼎) an ancient symbol of Imperial power. Confucian virtues influence education, and indeed the fact that these values of social harmony and deference flow in national consciousness at a very subtle level lends itself to the far-reaching and bureaucratic nature of modern Chinese governance. Xi has encouraged Chinese creatives “not to blaspheme ancestors,” a quintessentially traditionalist principle. On the other hand, the CCP has acted against religiosity which is seen to undermine its authority, such as the Falun Gong sect and unregistered Christian churches. Conceptions of ontological security which go too far in the other direction are also anathema. We only need to look at the 2013 downfall of Bo Xilai, the neo-Maoist Party Secretary of Chongqing for evidence of this. It seems that those motifs of ancient and modern which are the most likely to cement power are being used, while alternatives are swept aside.

Xi Jinping and his supporters’ efforts in consolidating power and creating a new national narrative for China are a work in progress, and whether they succeed only time will tell. If there is opposition, the most powerful form will come from the Party itself, and Xi must surely be aware of this.  Xi has essentially made himself president for life, and seems to see the key to power in balancing the traditional and modern in Chinese society. To put it simplistically, Xi is using Confucian rhetoric of social harmony and the common good while employing the harsh realpolitik of Legalism. The virtues of tradition and national identity are extolled in Chinese media, along with a desire for greater influence on the world stage. If this project does succeed and develop further, we may see a future China which is not only influencing global trade and development, but which is also more nationalist and more socially conservative.