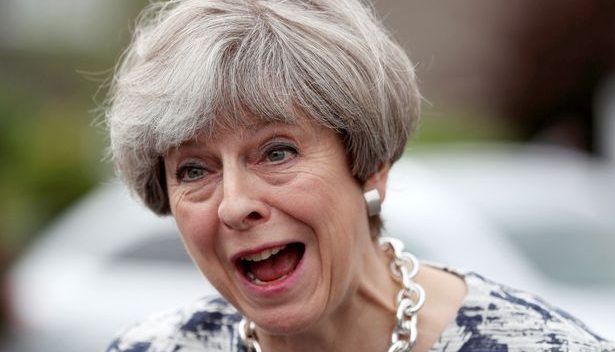 In April the Prime Minister of the UK, Theresa May, called an election to be held this Thursday 8th June, three years earlier than scheduled. The official line is that it’s needed to strengthen Mrs May’s hand in Brexit negotiations as she claims that Labour, the Liberal Democrats and the SNP (Scottish National Party) will try to disrupt the EU divorce process in Parliament. Progressives warned though, that this election, often projected to be a landslide, could hand a mandate to the Conservatives to unearth a regressive agenda and continue to extend punitive austerity with a diminished opposition in Parliament. There is also a concern that the Conservative vision for a post-EU Britain is of a corporate tax haven. Furthermore, announced at a time when she held a 20-point lead in the opinion polls over Jeremy Corbyn’s Labour, this election call can be seen as a highly partisan cynical attempt to capitalise on the current instability by obliterating the opposition with a view to breaking into areas that would have previously been unimaginable for the Conservatives.

Due to these concerns we have seen various actors, both political parties and pressure groups, mobilise to form a “progressive alliance” to push the Conservatives back and at least protect an effective progressive opposition. These two political manoeuvres are completely contrasting, on the one hand we have a party putting party politics above the national interest in order to capitalise on its current dominance, and on the other, we have a group of forces coming together regardless of party to serve the national interest and deliver proper opposition to May’s assumed home run.

Inescapably, Brexit is a principle issue in this election. It was the trigger for a change in leadership, and although May said an election before 2020 would destabilise the country, Brexit has now been used as the cover for the opportunistic snap-election call. Following the Conservative Party’s cue most other parties have put their position on Brexit at the forefront of their campaign, with the exception of Labour, whose leader has been less-inclined to wade passionately, and probably disingenuously, into the Brexit war. The LibDems, hoping to mount a come-back, have firmly aligned themselves with the 48% and pledged to call a second referendum, as have the Greens. Theresa May’s soundbite, that the Conservatives provide “strong and stable” government and leadership, has been echoing across the country overlooking the irony that this uncharacteristic political turmoil has been caused by a badly thought out Brexit referendum gamble by her party. Unsurprisingly UKIP is framing itself as the self-styled ‘Guardian of Brexit’, and Labour, with their substance-over-style leader, is focusing on policy.

The local elections in mid-May were held across councils in Great Britain and have offered results that are ominous for Labour’s performance at the General Election. Historically governments do badly in local elections with the electorate using them as an opportunity to register a “protest vote”, yet this is no ordinary time for politics and despite 7 years of punishing austerity, Theresa May and her party did very well. This was driven by and large by the tanking of the UKIP vote. Although many working-class supporters had originally migrated from Labour to UKIP, with May’s tough posturing in Europe, it has been the Conservatives who have reaped the rewards, effectively co-opting the UKIP agenda. UKIP lost all council seats it was defending, suggesting its purple bubble has burst now that it has secured what it was set up to campaign for. The original Eurosceptic defectors from Conservatives to UKIP are back in blue and it will be a real challenge for Labour to convince their lapsed working class supporters that they still speak for them. The much touted Liberal Democrat revival never hit its stride and this also helped the Tories to enjoy the best local election performance by a governing party for four decades. Labour under-performed and lost control of key councils in the Midlands and Wales and came third in Scotland. That being said, local election turnout is notoriously low, especially amongst younger generations.

In the time since the party manifestos have been released Labour’s has been well received which has given them a boost in the polls. Corbyn’s popularity has also steadily increased possibly due to the impartial media coverage that he is now receiving in the official campaign period and he has performed well in TV debates where May has shied away from a leader head-to-head session. The Conservatives have made a few blunders with its manifesto including what shall now always be known as a ‘Dementia Tax’ in a social care package that has not been received well by the public, especially by its pensioner base. It turns out that May is no master campaigner and although it has been Corbyn who has often struggled with lack of support from the internal party hierarchy, it is knives out at dawn for May in the Conservatives’ rich tradition of regicide. Still influential ex-Chancellor Osborne has gleefully taken the opportunity to criticise the campaign and manifesto of his one-time government colleague. Corbyn on the other hand is benefiting from a lull in internal opposition to him and the party has rallied around its leader providing much-needed last minute unity.

Furthermore to Labour’s benefit an astonishing 246, 487 young people registered to vote on the deadline day (29th May) which has eclipsed the 137, 400 that registered on the last day in 2015. This adds up to 1.05 million 18-24 year olds who have registered to vote since the election was called in April. Whether this is a result of savvy campaigning on behalf of Labour, who reached out to London Grime artists amongst others to connect to young people, or Facebook who ran reminders on their platform, or possibly because the stinging betrayal of Brexit has galvanised the younger generations, this is a boost for Labour to have so many of the youngest voting age bracket. The Conservative party didn’t just want to win the election, it wanted to win big and although hard to predict, these developments show that there is more of a contest on Theresa May’s hands than was thought two months ago.

This general election has had more talk about alliances, pacts, tactical voting and cooperation between parties than ever before. The effects of this have yet to be seen but it indicates a new willingness, even if through necessity, by the U.K public to abandon the tribalism that has dominated the UK’s almost two-party system. This shift has been encouraged by smaller parties, exploiting the uncharted ground that has opened in the turmoil created by the paradigm shaking event of the Brexit referendum. This phenomenon is also a symptom of the representation vacuum that the U.K’s first-past-the-post (FPTP) electoral system creates which has been thrown into focus by the rupture of Brexit.

Britain’s FPTP system means that lots of MPs are elected on fewer than half of the votes cast in their constituencies. At the 2015 General Election 330 out of 650 winning candidates received less than 50% of the vote. Smaller parties get a rough deal in FPTP as even if they have sizeable national support across the country, they do not get a proportional number of MPs because there is not enough concentration in constituencies to translate into seats. A clear example of this is the case of UKIP in 2015 which received almost 13% of the national vote share but only secured one seat in Parliament.

FPTP is a system that encourages tactical voting, whereby one votes for a party other than the one they would prefer to prevent another party being elected. As mentioned the system means that many MPs are elected on less than half the votes in their constituencies and they could have been defeated if all those who voted against them had gone for the same alternative candidate. The continual problem for progressives is that their vote is split at least three ways between Labour, the LibDems, and the Greens. An option that is more direct than tactical voting is for parties to enter a sort of loose alliance or pact and not put forward candidates in certain seats, this can also happen without agreement.

The LibDems, Greens, UKIP, and in Northern Ireland, which has seen more of this sort of activity before, the DUP and UUP have all said they’ll stand aside in at least one constituency. Outside of Northern Ireland these sorts of situations have not been common, however Brexit cuts across party lines whilst still cleanly dividing voters into two blocs. We have seen this on the Leave side with UKIP’s leader Paul Nuttall declaring he would put “country before party” by not standing candidates in seats with a strong pro-Brexit MP or where a pro-Brexit candidate has a chance of ousting a Remain MP. Furthermore, a third of voters have indicated that they would consider voting tactically for this election, with Remain voters being most inclined to do so.

Brexit, however, isn’t the only issue. The Green Party and organisations such as Compass, have been spearheading a concept of a “progressive alliance”, a network of activists and politicians facilitating cooperation amongst left-of-centre parties, to take on the Conservatives and then later deliver a fairer voting system. This has been rebuffed at national level but at local level deals have been made. LibDems have agreed on some local deals however Labour has frustrated these efforts with its leadership refusing to enter into any sort of tactical pact and has expelled members who have attempted to orchestrate pacts. Despite this, progressive deals have been made in more than 40 seats and it will be interesting to see the effect on the final result and whether this is a precedent for the future.

As it stands Theresa May is working with a slim majority and it would take only a handful of her own MPs to derail the government. The objective for the Conservative party in this election has been clear; to obtain a “Thatcher-style landslide”. At the time of writing the gap between Labour and Conservatives had closed from 20 to 3 points, with a hung parliament predicted in some cases, and although polls are to be taken with a pinch of salt, it indicates the outcome of this election is more unpredictable than previously thought. With regards to alliances, their success depends on voters being prepared to back a candidate that isn’t their first choice, however with voters not identifying as strongly with individual parties as they did in the past, and the politics of Brexit hanging over the election, there is more scope now for people to switch parties. The Conservatives are still on to win this election, but without a larger majority than the current government, that isnt enough to be deemed a success. We never needed this election and Theresa May will have to provide answers to her party who will surely turn on her if a landslide is not secured, as to how this went so pear-shaped. By contrast, this election may have cemented Corbyn’s place in the future of Labour and help him continue his project of transforming the party.